I still remember when I was young when I read Orwell’s famous novel in which citizens were constantly watched by Big Brother from the fearsome room 101.

The feeling of vulnerability that story left me lasted a long time. Even years later, this idea came to mind every time I heard some news that called into question people’s privacy: security and traffic cameras recording 24 hours a day, governments intervening communications, heads spying to workers …

Although he personally provoked me and continues to cause me an enormous embarrassment when, in the year 2000, this idea of  the Big Brother was used to give name to a sadly popular reality TV contest , I must also confess that, at least, it served so that for many years I I forgot about that mark that Orwell had managed to leave in my brain and that so worried me .

However, in recent years, with the constant degradation, although it might seem impossible that there was room for this program, and due to the constant and growing appearance of information in the media on these privacy issues, the original memory has returned, even more strongly .

And we have breakfast every day with some new news that reminds us of how fragile our privacy is :

multinationals hoarding thousands of data from their users, photos that reveal where we have been, people who have lost or have not gotten jobs because of his publications on the Internet , children who share intimate videos with pedophiles , cybercriminals located in cyber paradises shaping the destiny of the great democracies, …

And as I reflect on all this, I realize that my mobile is recommending me to take a hamburger at half price . And he does it just when I passed the Burger who had taken my children just two days before.

God! I get my hair on end just thinking about what other things they might know about me, and for what other purposes they could use them . Luckily, when this happens to me, I always say to myself: calm down, relax, take a deep breath, don’t become paranoid, and think about what you should do to put an end to all this, to get out of the scope of your goals, but if this is not possible , try that at least the image is as beautiful as possible.

Once again we are in this section to talk about computer security . On this occasion, we will try to answer questions such as:

Previous post How to use the Internet safely this summer 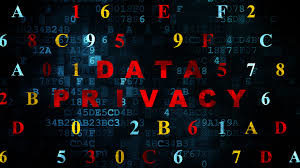 Next post How to shop safely online during ‘Black Friday’